Experienced Cancer Lawyers
Contact Us Now For a Free Consultation 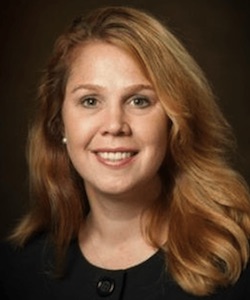 Ms. Westlake is currently the President of the Onondaga County Bar Association.

Ms. Westlake focuses her practice on civil litigation involving serious personal injury and wrongful death. She has experience in a broad range of personal injury cases, including but not limited to medical malpractice, motor vehicle accidents, premises liability, construction accidents and products liability.

Volunteer Lawyer’s Project of Onondaga County Membership No. Board of Directors
Member Since: 2014

Assigned Counsel Program of Onondaga County Membership No. Board of Directors
Member Since: 2014

Classes / Seminars
Pro Bono Activities
Contact Us
Types of Cancer
Client Reviews
★★★★★
"Mr. Falgiatano was very professional and did an incredible job when he worked with my family on our case. He met with us numerous times and was available when we called with questions. He explained the whole legal process to us and made sure we made the correct decision for my family! I could not thank Mr. Falgiatano enough and he is the only lawyer for my family!" Jeff M.
★★★★★
"Jeff DeFrancisco, Esq. has represented me before on 2 separate legal matters over the years. He did an excellent job on both cases. I highly recommend him and his firm!" Victor S.
★★★★★
"Could not speak highly enough of Attorney DeFrancisco. He was extremely easy to work with and his team was always responsive. Would definitely recommend." Brendan C.
View More
Submit a Law Firm Client Review